US joins forces with Greece for major anti-terror exercise 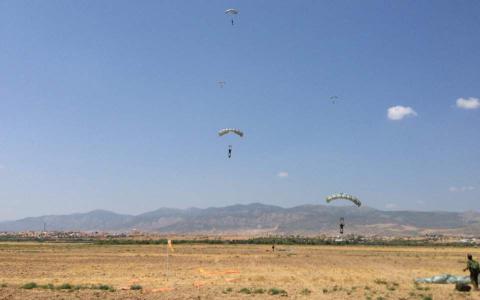 The largest ever anti-terror exercise in Greece will be held in December on the island of Crete, Kathimerini has learned.

Codenamed "Jackal Stone," the annual exercise of the US Special Operations Command Europe (SOCEUR) is organized with the Hellenic Police (ELAS) and will take place amid a growing number of reports of Islamist militants frequenting refugee camps on the Greek islands and the mainland.

Earlier this month, anti-terror units took part in the investigation of a deadly riot between Afghan and Syrian refugees at a camp in Malakasa outside Athens, due to suspicions that several of those involved were linked to Islamist terrorists.

According to sources, a more sinister incident took place at the Skaramangas refugee camp in western Attica in September when a young Iraqi national tried to attack its administrator, a police officer and a security guard with...