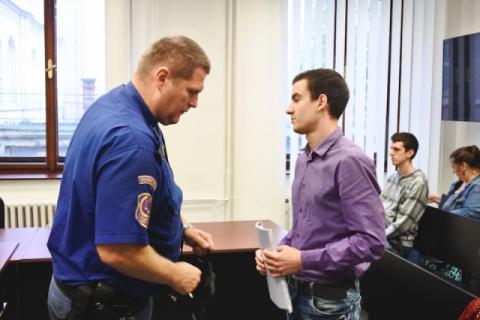 A 21-year-old Bulgarian was sentenced to 40 months in prison in the Czech Republic because he threatened Pakistan with terrorist attacks if they did not release a Czech girl arrested for possession of drugs, AFP reported. Local agencies are also reported on the case.

The District Court in Pilsen, Western Bohemia, convicted Nikolay Simeonov Ivanov, because in January he sent to Pakistan's television and online newspaper essays and emails with threats of terrorist attacks.

Before the court, he said he personally knew the Theresa H., detained in Pakistan after being arrested on 10 January with heroin at Lahore Airport.

"If Pakistan does not release Theresa, arrested with 9 kg of heroin, and does not allow her to board a plane for the Czech Republic, there will be terrorist attacks in Pakistan," Ivanov wrote in his letters read in court by a representative of the prosecutor's office.

The young Bulgarian lives in Pilsen from 2016. He was arrested at the end of January and admitted his actions.

Before the court, he said he did not expect anyone to take his messages seriously, especially since they contained his phone number and email address.

After serving his sentence, Ivanov will be expelled for eight years from the Czech Republic, the Pilsen court decided.

The prosecution insisted that he did not know the arrested woman.