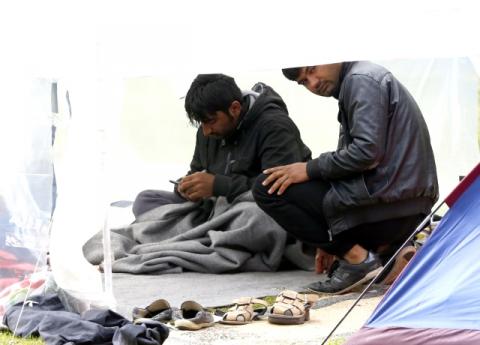 Croatian police announced that misinformation had been spread that the EU state would open its borders.

"Among the migrant populations on the territory of Bosnia and Serbia, false information is spreading that the Republic of Croatia will allow their entry into its territory as well as further passage to the countries of Western Europe," a police statement said.

Local police and members of Bosnia's border force were deployed to the Maljevac border crossing in northern Bosnia and Herzegovina, where several hundred migrants and refugees hoped to cross over into Croatia, but the situation remained calm with no incidents reported.

A few hundred also gathered at the Batrovci border crossing between Serbia and Croatia, near the town of Sid, also hoping to get into the EU country.

According to Serbian media, the migrants and refugees came from the Adasevci and Principovci camps.

Later reports from local media suggested that some migrants and refugees have already been returning to the camps.

On Monday night, a group of some 100 migrants and refugees arrived at Bosnia's Izacic border crossing and spent all night in the open, but they have since been returned to migrant centres in Bihac and Velika Kladusa, Sanela Dujkovic, a spokeswoman for the Bosnian Border police told local media.

Some expressed disappointment that they were not allowed to continue their journey into the EU.

"We are waiting and praying that the border will open. We do not want to go back," one of them, Nagris, told BIRN.

According to estimates from the UN refugee...