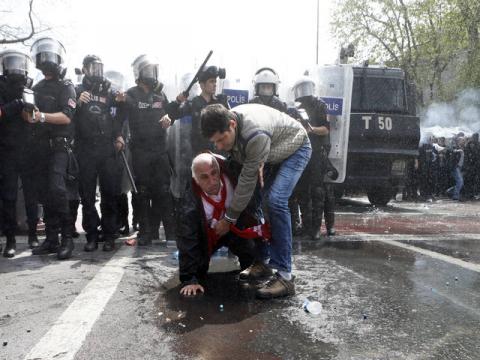 When asked by journalists about the nature of the gift, Filip responded with a popular Romanian saying: "you wouldn't question horse's teeth if they're a gift."

"With Allah's willingness and help, we will continue to support the Moldovan and Gagauz people," Erdogan said when he offered the gift to Moldovan President Igor Dodon last week.

The two, 40-tonne armoured vehicles, equipped with tear gas and water cannons, are the same model used by Turkish riot police to disperse crowds at demonstrations, but have also been used in riots in Azerbaijan, Libya, Zimbabwe, Georgia and Kazakhstan.

Moldova's Parliament Speaker Andrian Candu initially denied that the country had received such a gift.