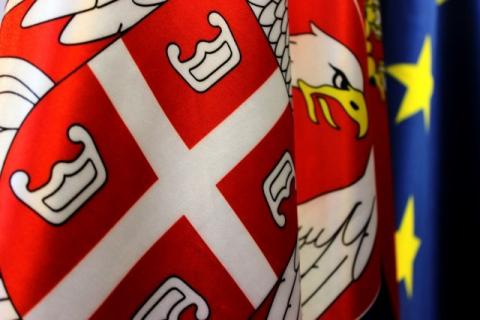 The European Parliament's Foreign Affairs Committee has urged Serbia to "fight against its dependence on Russian gas."

This institution is also concerned by Serbia's military cooperation with Russia and Belarus, writes Sputnik.

The EU at the same time recommends that Belgrade "ensures greater alignment" between its own and EU's foreign policy. The European Parliament also reminds that Belgrade receives financial assistance from the EU, Sputnik said, quoting an EP report.

According to the article, experts have pointed out that the European Union leadership is "looking for ways to exert pressure on the Serbian leadership, trying to get "political loyalty' in return for grants."

At the same time, Belgrade itself has repeatedly stated that the country is interested in comprehensive contacts with Moscow and that it does not want to join anti-Russia sanctions.

Serbia's defense policy is based on military neutrality. According to a parliamentary resolution adopted in 2007, the country is under obligation to maintain neutrality and not join any military blocs.