PAOK sinks in the Danube while Olympiakos cruises to victory 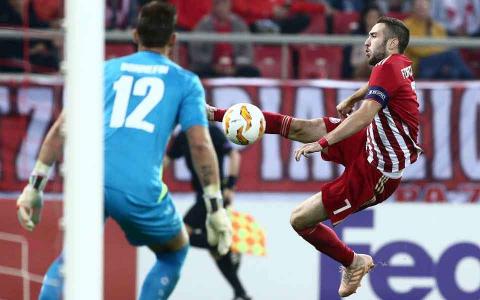 Olympiakos took another leap toward qualifying from its Europa League group through an emphatic win over Dudelange at home on Thursday, as PAOK suffered another reverse at the hands of Vidi, this time in Budapest.

The Reds defeated their visitors from Luxembourg with a 5-1 score, having led 4-0 from the first half.

It was a night of Greek scorers for Olympiakos, who had Costas Fortounis on target twice and Vassilis Torosidis, Lazaros Christodoulopoulos and Yiannis Fetfatzidis once each, although UEFA credited the last goal to Ahmed Hassan who appeared to try and make contact with the ball as it was crossing the goal line.

Olympiakos's fifth goal came just over a minute after Dudelange's consolation by Danel Sinani, the first goal by the Luxembourg club in the group stage.

Olympiakos is now on seven points from four games and will next visit Betis in Spain....

Germany, Luxembourg to take in migrant children from Greece

Luxembourg to accept 12 unaccompanied children from Greece by next week

France Declared a State of Emergency