Two Greeks reportedly arrested in Albania ahead of Katsifas funeral 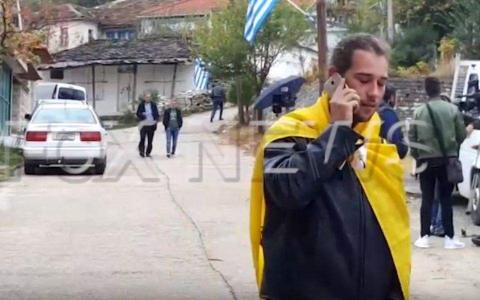 Two Greeks have reportedly been arrested in Albania for the possession of clothes sporting paramilitary symbols and slogans that fuel hate, according to Albanian news portal Faxweb.

The news comes a few hours before the funeral of 35-year-old Konstantinos Katsifas in the village of Bularat in southern Albania, who was shot dead by Albanian police last week.

The two Greek nationals will appear before the prosecutor during the day.

Faxweb also reported that Albanian authorities banned 13 people from entering the country at the border crossing with Greece in Kakavia because there were indications they would attempt to stoke hatred during the service.

Greece's Foreign and Civil Protection Ministries have appealed to Greeks planning to attend the funeral to show restraint and respect towards Katsifas's family, according to sources from the two...