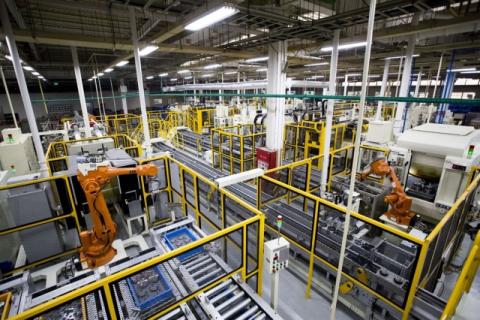 South Korean Hanon Systems will acquire car components maker Magna Powertrain Plovdiv. The Bulgarian company is sold under a deal for 10 factories of Canadian Magna International, totaling 1.23 billion dollars, reported Capital. The sale is expected to be completed in the first quarter of 2019, after obtaining the necessary regulatory approvals. The news about the plans of a Korean automotive company to buy production in Bulgaria came after a speech by Deputy Minister of Economy Lachezar Borisov on his visit to Seoul, where he met with representatives of the company. The Ministry of Economy has announced the intentions of the new investor, but without revealing any further details.

Magna sells its business with fluid pressure control products, which is part of its drive system. The acquisition, which is claimed to be the largest deal in the South Korean car industry, includes 10 manufacturing and engineering facilities in Europe, North America and Asia. They are located in Canada, Mexico, Germany, Italy, Bulgaria, China, South Korea and India and have approximately 4,200 employees, Magna told Capital.

Magna and Hanon Systems have negotiated the deal as early as the end of September. After finalizing the deal, the new owner plans to expand the production facilities in Bulgaria and hire more employees, it became clear from the words of Deputy Minister Borisov. The Korean company is also interested in a second plant in Bulgaria, but there is still no information on the topic.

For the Bulgarian company, this will be the third owner after its founder, the German Ixetic, 5 years ago was acquired by Magna together with the Plovdiv plant in a transaction for more than 300 mln. Hanon Systems is South Korea's largest automotive components manufacturer and...