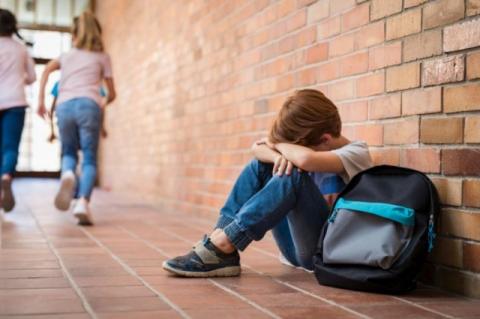 More than half of Bulgarian students aged between 13 and 15 were victims of harassment or violence in and around school, according to a UNICEF study, and the problem is serious among other age groups. In this connection, begins a campaign aimed at reducing tolerance of violence in society against and recognizing its different types.

According to UNICEF, our country ranks among the top 10 of the 43 surveyed countries worldwide affected by harassment and violence in schools, said Denitsa Kamenova, Communications Director at UNICEF Bulgaria. Troubling statistics do not end here.

"There are 8,000 cases of violence and harassment in schools in our country in 2016-2017, and every second child between 13 and 15 years of age reports that they have been harassed or abused in or around school in recent months. , explained Kamenova.

In this regard, UNICEF, together with the Ministry of Education, is organizing a campaign aimed at reducing tolerance in of violence in the society. There will also be work on identifying different types of violence, Denitsa Kamenova explained, because it is not only physical.

"It can be verbal, it can be harassment, cyberbullying, it can be psychological." According to our observations and data, there is insufficient knowledge of all these types and forms of violence, she added.

The campaign started with a student debate on the topic at the National Finance and Economics High School in Sofia. It will be completed in February next year and will be based on a preventive mechanism that will be implemented in Bulgarian schools from the next school year.