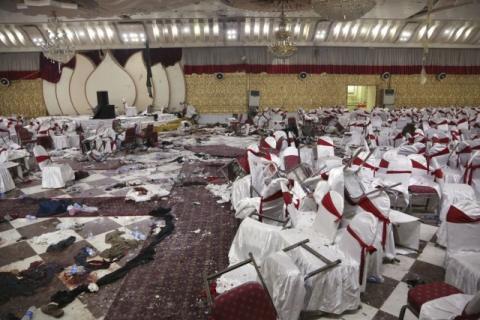 The Taliban have denied involvement in a suicide bombing in the Afghan capital that killed at least 50 people, reports AP.

Tuesday's attack, which targeted a gathering of hundreds of clerics at a wedding hall in Kabul, bore the hallmarks of a local Islamic State affiliate, which has carried out mass bombings targeting minority Shiites as well as perceived supporters of the U.S.-backed government.

Both the Taliban and the IS affiliate want to overthrow the Afghan government and impose a harsh form of Islamic rule. But they are bitterly divided over leadership, ideology and tactics, with the Taliban mainly targeting security forces and government officials, and IS specializing in sectarian attacks on civilians.