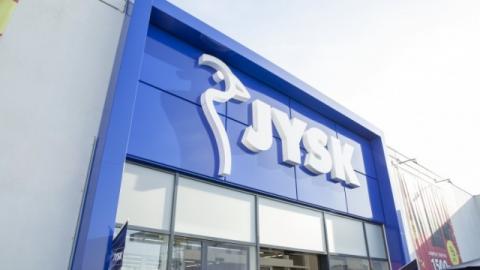 The first phase of the new distribution center of the JYSK international chain in Bozhurishte is ready and in May next year the base will work at 100%. This was confirmed by the management of the company for furniture and commodities trading at the opening of their first store in Montana, reports money.bg

Last year it became clear that the company will invest 100 million euros in its base in Bulgaria, with 300 jobs open. It will have a capacity of 121,632 pallets. The distribution center will have to serve the markets in Bulgaria and Romania as well as the Western Balkans. With the opening of the new shop in Montana, JYSK's sites in Bulgaria are now 24, and it is represented in 16 cities in the country. The site is located on Third March 216A. The company plans to open its 25th store on December 13th.

"This is JYSK's 24th site in Bulgaria and we already have a presence in 16 Bulgarian cities and in a few days will be the opening of our 25th store, with which we can successfully send away 2018 and welcome the new year 2019 "commented the marketing manager of Bulgaria and Romania chain Iraida Paiuc.

"With this new site we can say that we are evenly presented in Northwest Bulgaria after JYSK opened its doors in the cities of Pleven and Vidin," says Georgi Vassilev, who is the regional manager of JYSK Bulgaria. The Scandinavian retail chain specializes in selling products for the bedroom and home. In Bulgaria its first store was opened in Plovdiv in 2005. Globally, the company has 2,400 stores and 21,000 employees in 48 countries and an annual turnover of 6.1 billion leva.