Serbia to Hike Budget for Army and Police 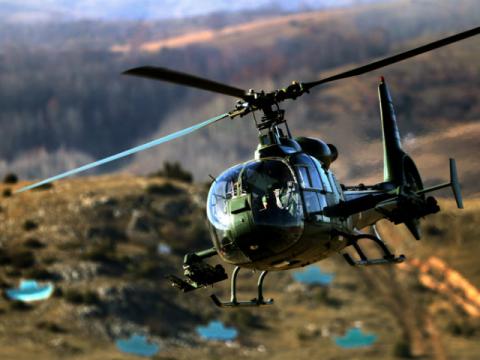 In 2019, the government plans to allocate the Interior Ministry about 720 million euros, while the Defence Ministry will get about 792 million euros.

Under the same proposal, employees in both ministries will get salary increases of about 9 per cent.

A researcher at the Belgrade Centre for Security Policy, Katarina Djokic, told BIRN that for the first time in a long time, the Defence Ministry budget would now be slightly higher than that of the Interior Ministry, if the proposal is adopted.

"Spending on procuring machines and equipment [for the Defence Ministry] is increasing by 150 per cent compared to the budget for 2018 [adopted in November 2017]," Djokic noted.

Spending on modernizing and overhauling arms and military equipment is to rise by 330 per cent compared to the 2018 budget, and cost close to 90 million euros.

However, she noted, if the proposal now on the agenda of parliament is adopted, the fund for weapons and military equipment will be nearly halved, while funding for military education and scientific research will also be halved.

Finance Minister Sinisa Mali has not publicly explained the rationale for the increases for the police and army, but called the budget proposal balanced, in a press release on Tuesday.

However, this part of the budget has been criticized by the Serbian Fiscal Council, an independent state body charged with assessing monetary policy.

The head of the Council, Pavle Petrovic, said on Tuesday that instead of investing in economic growth, the money in the budget "has gone on equipping the army and the police,...