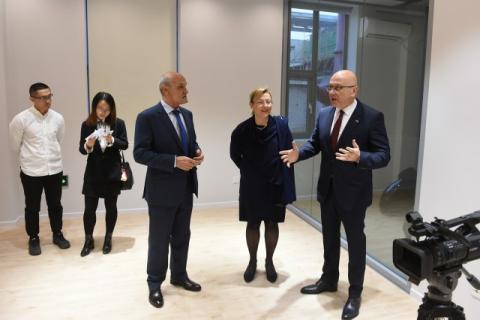 This is Serbia's second such center abroad after the one in Paris, France, established 45 years ago, Tanjug reported.

Vladan Vukosavljevic "underlined that strategic partnership, friendship and very dynamic cooperation in the field of culture and arts of the two countries have influenced the decision that the artistic district of 798 in Beijing be the place where Chinese citizens will have an opportunity to learn about Serbian culture," the Serbian government stated.

Vukosavljevic also announced that the center will promote Serbian cinematography and Serbia as a film-making location, create conditions for Chinese citizens to get familiar with the Serbian language and literature, and present to Chinese citizens Serbia as a tourist destination - the country's various festivals and cultural, primarily medieval, heritage.

Lockdown for the weekend?