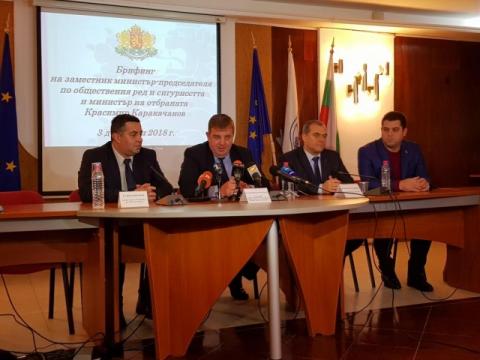 "Four countries fund the manifestations of radical Islamism in Bulgaria. Target is the Roma population, ghettos in particular. " Deputy Prime Minister and Minister of Defense Krasimir Karakachanov said during his visit to Rousse. The recent case, with a Bulgarian citizen arrested and convicted in Austria, is proof of this in his view.

Politicians in Bulgaria should stop watching the Roma population as a cheap electorate they buy and whose crimes are neglected, Karakachanov said. According to him, it is precisely the version of the Religious Law that the United Patriots offer will stop the political influence on religious communities.

Karakachanov criticized his colleagues from GERB, who have drafted a similar bill. According to him, however, it serves the interests of the Movement for Rights and Freedoms (MRF), who hope to strengthen their influence over the Muslims in Bulgaria by providing funding.

It is still unclear which company will win the military airplane delivery order for our country. According to Karakachanov, there are three options left after the procedures that have been carried out so far. He also explained that the treaty would be interstate rather than a company.

Last Chance Saloon: Can the EU and Balkans be Reconciled in 2020?

Australia uses bushfires breather to plan for the next onslaught