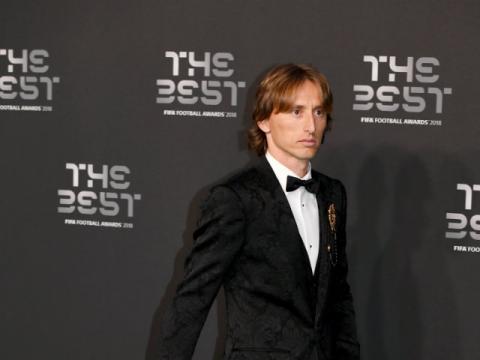 Croatia's national football team captain Luka Modric will not be prosecuted for giving false testimony at the trial of the former FC Dinamo chief Zdravko Mamic, the news agency Hina reported on Monday.

"There are not enough grounds for suspicions to raise an indictment against Modric," Kresimir Devcic, a court spokesman, was quoted as saying on Monday.

The court also concluded that, since the verdict against Mamic and others was not yet valid, "no other testimonies or other evidence could be compared to the content of Modric's statement".

The Real Madrid midfielder and Croatian national team captain testified together with Dejan Lovren, a Croatian football player and Liverpool defender, in the Mamic case as witnesses.

Both were charged with giving false testimony. Modric was charged in March 2018.

It was said that Dinamo paid Modric part of his transfer fee, most of which he then returned to Mamic and his family in cash.

Lovren, meanwhile, allegedly forwarded the entire amount he had earned from his transfer immediately to Mamic's account.

On June 6, a court in Osijek, in a first-degree ruling, sentenced the controversial football mogul Mamic, his brother and two others to a total of 18-and-a-half years in prison for syphoning off money from football clubs and damaging the state budget.

In May, it was discovered that among the documents Mamic handed to the Osijek court, which he claimed were "proof of his innocence", was a paper with instructions to Lovren about what to say in court.

One day before the sentence, Mamic - who also has Bosnian citizenship - fled there to avoid imprisonment at home.