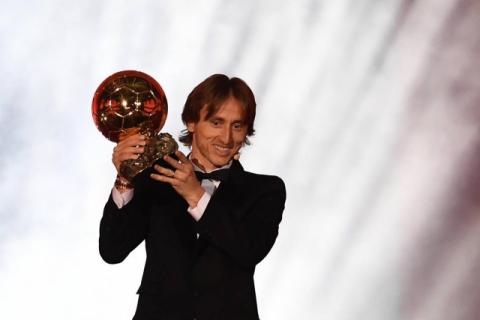 Luka Modric has been crowned as this year's Ballon d'Or winner, France Football confirmed at the award ceremony in Paris on Monday night, reports Evening Standard.

The Real Madrid midfielder is the first Croatian winner of the individual prize and caps a fine year in which he helped his club win a third consecutive Champions League title and also led his nation to the World Cup final in Russia.

Modric, who is 33, also claimed Fifa's The Best award in Septemberand ends a decade of dominance by Lionel Messi and Cristiano Ronaldo in the Ballon d'Or.

Between the two of them, the Portuguese and the Argentine had won all of the previous 10 Ballons d'Or, with five apiece in that time since Kaka won the trophy in 2007.