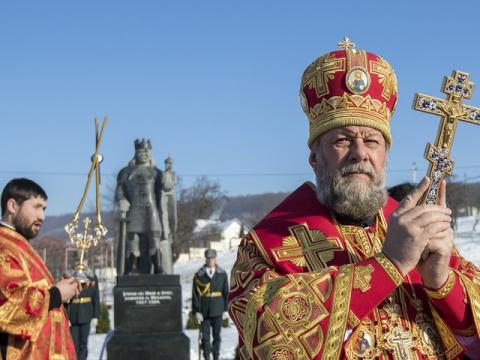 Moldovan President Igor Dodon has declared 2019 the "year of the Stephen the Great," recalling a famous ruler of Moldova in the 15th and 16th century - in what many see as a campaign to boost support for Moldovan independence and counter pro-Romanian forces ahead of next year's elections.

"Stephen the Great was truly the first personality of our people. A great defender of the integrity of the state, Stefan has rightly acquired his historical reputation, and all of us Moldovans are proud to have him among our forefathers," Dodon said on Sunday.

Stephen the Great was Prince of Moldova from 1457 to 1504. He is famous for having kept the land free from Ottoman influence, but also free from Polish and Hungarian donination.

The cult of the late-Medieval ruler was promoted in the Soviet era, when an official attempt was made to create a specific new Moldovan identity, and so separate Moldovans from their former Romanian heritage and ties. This also involved denying similarities with Romanian language and culture.

Dodon and his pro-Russian opposition Socialists, who champion close ties to Russia, strongly oppose any attempts to reunify the country with Romania, of which it was a part between the two world wars. They also oppose closer ties to the EU.

For 2019, Dodon announced on Sunday that on December 10 he will release a new documentary film about Stephen the Great.

"The year 2019 is of great importance and historical value for all Moldovans. We will celebrate 660 years since the formation of the Moldavian country in 1359. I have signed a decree...