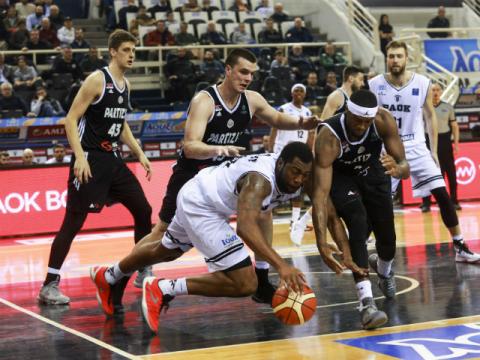 Kosovo police on Tuesday stopped the players and management of Serbian basketball club Partizan from entering the country, where they planned to support Kosovo Serbs protesting against Pristina's recent tax hike on Serbian imports.

Serbian media reported that Partizan were planning to play a friendly match with Trepca basketball club from the mostly-Serb area of northern Kosovo.

Kosovo police confirmed that they denied entry to "a vehicle with an official and three other persons" and a bus, both with Belgrade plates, which were trying to enter Kosovo at the Jarinje border crossing at around 11.40am.

According to the police, the car was denied entry because the passengers did not have permission from Kosovo's Foreign Ministry, while the bus with Partizan's players had no permission from the Sports Ministry.

The president of Partizan Basketball Club, Ostoja Mijailovic, told Serbian media he regrets that the team could not "be with its people" in Kosovo.

"They barred our passage. The policeman told us that the ban arrived from Pristina and that his [police] minister is in Pristina, not Belgrade," Mijailovic said.

Serbs have held several rallies in the north of the divided town of Mitrovica in recent days in protest at the tariff rise.

Kosovo raised taxes on imports from Serbia and Bosnia from 10 to 100 per cent on November 21, a day after Serbia hailed the failure of Kosovo's bid to join Interpol. Belgrade had lobbied strongly against the bid.

Earlier this year, Serbia barred the Kosovo karate team from entering the country.

Serb Mayors in Kosovo to Resign Amid Tensions