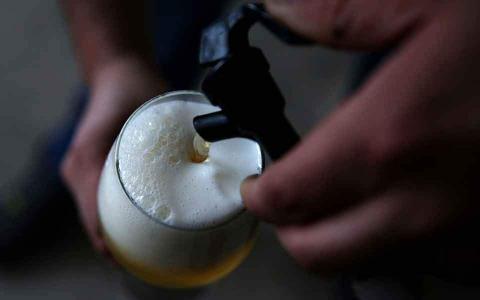 Greek lager brand Alfa is preparing to take the US by storm, as the Athenian Brewery product will make its debut in American food service outlets in 2019, with an emphasis on regions with a strong Greek element.

Alfa exports to the huge but difficult US market will be conducted through the existing network of the Heineken group, Athenian Brewery's parent company, while the Greek subsidiary is hoping to expand its exports further.

During a presentation of the company's impact on the Greek economy on Wednesday, Athenian Brewery chairman and chief executive Alexandros Daniilidis said that exports account for 10 percent of its turnover, though some concern production for other Heineken group subsidiaries.

At the same time, the company's investments over the next three years (2019-2021) will amount to 43 million euros per the approved plan. "We hope conditions will...