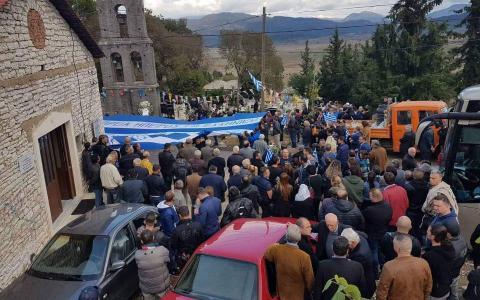 Albanian police say a Greek policeman has been arrested after he was found with a pistol.

A statement Saturday said that 98 other Greeks were denied entry to the country due to a lack of documentation or being on a list of banned persons.

All, including the 35-year-old policeman from the northern city of Igoumenitsa who was identified only by the initials M.G, were heading to the village of Bularat, in southern Albania, to take part in a family ceremony for an Albanian-Greek citizen who was killed in a gunbattle with police in October.

The incident has heightened tensions between Greece and Albania. [AP]