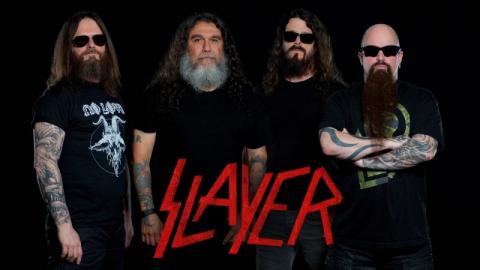 The Trash Metal band Slayer will include Bulgaria in its Final World Tour farewell tour and will delight their Bulgarian fans with a concert on July 11 at a spacious location in the park at Sofia Airport, announced the organizers of their visit here EventEase.

In January, the band, composed by vocalist Tom Araya, drummer Paul Bostaph and guitarists Kerry King and Gary Holt, announced that after this concert tour they would retire from the stage after 37 years and 12 studio recordings that put them in the big four with Metallica, Megadeth and Anthrax.

It is expected that the event next year in Bulgaria will attract the fans of the group from Serbia and Macedonia. After the latest addition to the tour dates, the schedule already includes South America, Australia, New Zealand and Japan, as well as several other dates in Europe, including Sofia.

The entrance to the event will be built near the exit and the entrance of the metro station, the bus stops number 84 and 184 as well as the Terminal 2 parking lot, and the doors for all fans will open at 7 pm, the organizers add.