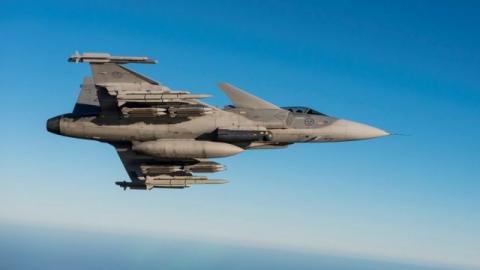 The Swedish government has optimized the offer for Gripen and is now proposing 10 fighters instead of 8, "said Joakim Wallin, Director of Export and International Relations at Sweden's State Property Defense Agency (FMV), reports Dnevnik.

Today, the three countries that reached the final phase of the new airplane tender had to meet the questions asked by the Ministry of Defense to improve their bids. Italy offers used Eurofighter typhoon Tranche 1, Sweden and Saab new Grippen C / D, and the US latest version of F-16 (block 70).

"The optimized offer covers all the mandatory requirements of Bulgaria, it is within the set budget and the first fighters will be delivered within 24 months after signing the contract," Joakim Walin said.

The government's investment project, approved by parliament, is for the purchase of 8 or 9 fighters worth a total of 1.8 billion leva. The sum includes the purchase of aircraft, their ground handling facilities, pilots and engineers training, weapons and maintenance for 3 years. Payment will be deferred for 9 years. At the second stage of the project, eight more fighters have to be bought and land MiG-29 fighters for good. At least two fighters must be delivered within two years of signing the contract and all ordered to be delivered within three years of the first delivery.

The main competitor in the procedure is the US bid for new F-16 of Lockheed Martin, also known as Viper (V).

With the proviso that he does not interfere with the commission's work evaluating the candidates' offers to deliver a combat aircraft to Bulgarian aviation, Prime Minister Boyko Borisov expressed his opinion today that a new F-16 is a much better aircraft than any other offered.