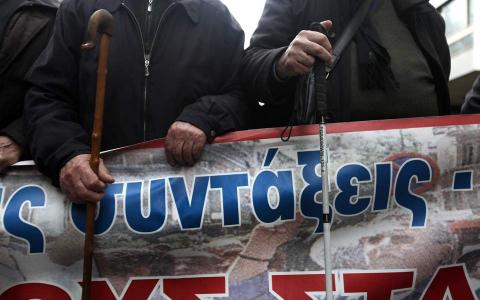 Greek pensioners hold a banner that reads 'We're reclaiming what we lost' at an anti-austerity protest in central Athens on Saturday. Two more demonstrations, one by anti-fascist groups and the third by locals inspired by France's yellow vest movement, converged around Parliament on Syntagma Square in the Greek capital on Saturday, bringing traffic to a halt and throwing public transportation schedules into chaos. The Syntagma metro station was closed as part of security measures imposed by police. [Symela Pantzartzi/ANA-MPA]