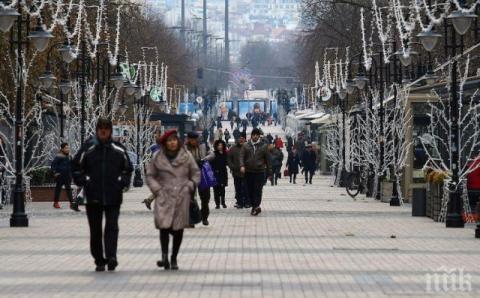 Over 700,000 people work in Sofia. This was what Vladimir Danailov, the Chief Executive Director of the Sofia Municipal Privatization and Investment Agency (SOAP), said at the seminar for a draft budget for Sofia Municipality in 2019 in Pravets.

Vladimir Danailov added that the workforce in Sofia is young and highly educated. In addition, 21.6 percent of Bulgaria's workforce is concentrated in Sofia. Employees in the capital produce 40 per cent of the country's gross domestic product. Annual GDP growth in Sofia is about 5 percent.

"In 2018, we have a record low unemployment rate," added Vladimir Danailov.

The data from 2017 show that 1.3 million people live in Sofia (out of a total of 7.1 million people in Bulgaria), Danailov said. The Bulgarian capital is among the six areas with population growth.