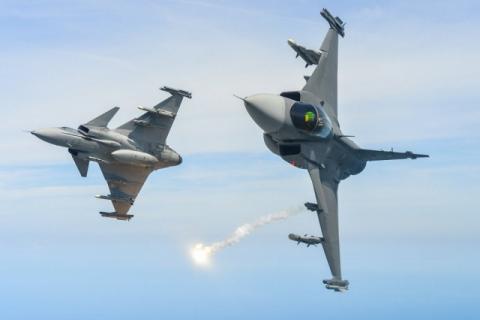 The Bulgarian Minister of Defence Krasimir Karakachanov outlined a possible scenario for increasing the budget of the new type combat aircraft project, although he excluded such an option a month ago. In an interview with the Bulgarian television Channel 3 on the topic, he noted and the possibility for the government to propose to the National Assembly increasing of the estimated cost, which is set to be up to 1.8 billion BGN (VAT included), learned BulgarianMilitary.com.