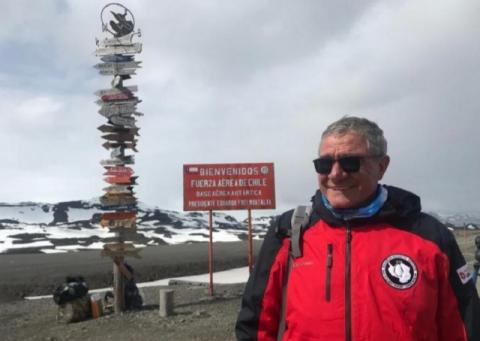 Professor Hristo Pimpirev and ten other polar researchers will join the Bulgarian expedition team at the Bulgarian St. Kliment Ohridski base in Antarctica, reports BNT

"We arrived in the icy beauty of Antarctica. The Brazilian Hercules fighter plane landed on the gravel run of King George Island. We were welcomed by the penguins! We are now expecting a Colombian ship to take us to Livingston Island! ", Prof. Pimpirev said.

The first group from the 27th Bulgarian Antarctic expedition set out for the South Pole on 9th of November.

Three other groups of expedition members are scheduled to go to the icy continent in December and January. This year's scientific tasks are connected with the study of the aquatoria around the Bulgarian Antarctic base. One of the projects will focus on the study of the colonization processes of seaweed from the South Bay on Livingstone Island. The other project is connected with hydrobiological monitoring of coastal sea water in front of Bulgaria's Polar base.