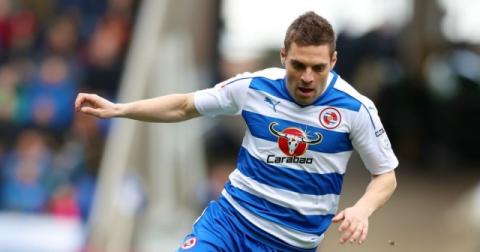 Popa joined the Championship side from Romanian giants Steaua Bucharest in January 2017 but has spent his Reading career largely out of favour.

The 30 year-old spent the second half of last season on-loan to Al-Taawoun as he helped the Saudi side to a respectable 7th place finish in the league.

The Romania International has featured for only five minutes this season, all the way back in August in a narrow defeat to Bolton Wanderers.

That was his 17th, and most recent appearance in Reading colours, having been signed by Jaap Stam and latterly featuring under recent sacked boss, Paul Clement.

Popa's new club are regulars in Europe and have won the Bulgarian title for the last seven seasons running, famously securing a draw against Premier League giants, Liverpool.

He will join the club as the fourth Romanian in the ranks, Claudiu Keseru, Cosmin Moti and Dragos Grigore are other representatives of the club.

Popa leaves Reading in 21st place, perilously close to the drop zone as we reach the halfway point of the season, with a tricky game against promotion hopefuls Middlesbrough coming up on Saturday.

His new side are six points clear of nearest rivals CSKA Sofia, and have only one loss all season, which came all the way back in August.

However, he will have to wait until February to wear his newest colours, as the winter break is in progress, with bottom side Vereya next to face Ludogorets when the break does come to an end.