Zoran Janković elected Mayor of Ljubljana for the fourth time 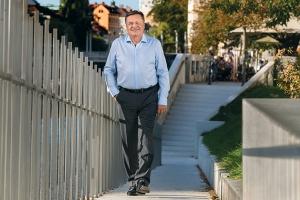 For the fourth consecutive time, voters showed great support for Zoran Janković, again entrusting him with the management of the City of Ljubljana. He was nominated with 61,287 votes or 60.47% of the votes, enough to be elected in the first round of the local elections.

The candidates on the Zoran Janković List also received significant support. The list will have the majority in the City Council of the City of Ljubljana this term, with 23 of the 45 city councillors.

In addition to the municipal councillors from the Zoran Janković List, the city council will consist of councillors from Levica, the Social Democrats (SD), the List of Marjan Šarec (LMŠ), the Modern Centre Party (SMC), the Party of Alenka Bratušek (SAB), the Slovenian Democratic Party (SDS), New Slovenia - Christian Democrats (NSi) and the List of Cyclists and Pedestrians.

The candidates from the...

No Quarantine and PCR Test for Bulgarians Traveling to Belgium

Macron: EU states should show solidarity with Greece, Cyprus
CNE: Instead of setting up cab for tablets, authorities should ensure need for online classes

Restrictions on Travel to Greece Remain