'CHILD OF KRAKATOA' VOLCANO IN INDONESIA IS STILL DANGEROUS 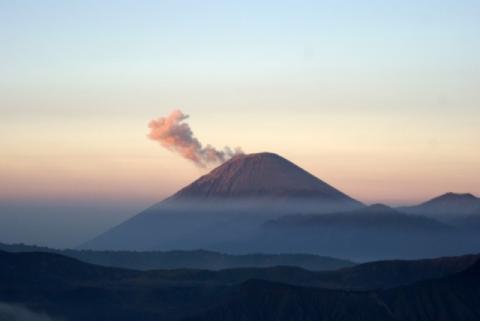 On December 22 at 9:03 p.m. local time, a 64-hectare (158-acre) chunk of Anak Krakatau volcano, in Indonesia, slid into the ocean following an eruption. This landslide created a tsunami that struck coastal regions in Java and Sumatra, killing at least 426 people and injuring 7,202, reported newsweek.com

Satellite data and helicopter footage taken on December 23 confirmed that part of the southwest sector of the volcano had collapsed into the sea. In a report on December 29, Indonesia's Center of Volcanology and Geological Hazard Mitigation said that the height of Anak Krakatau went from 338 meters (1,108 feet) above sea level to 110 meters (360 feet).

My colleagues at the Geological Society of London and I published a study in 2012 looking at the hazards this site posed and found that, although it was very difficult to forecast if and when Anak Krakatau would partially collapse, the characteristics of the waves produced by such an event were not totally unpredictable.

Although most tsunamis have a seismic origin (for example, the Sumatra, Indonesia, tsunami, in 2004 and at Tohoku, Japan, in 2011), they may also be triggered by phenomena related to large volcanic eruptions.

Tsunamis caused by volcanoes can be triggered by submarine explosions or by large pyroclastic flows—a hot mix of volcanic gases, ash and blocks traveling at tens of miles per hour—if they enter in a body of water. Another cause is when a large crater forms due to the collapse of the roof of a magma chamber—a large reservoir of partially molten rock beneath the surface of the Earth—following an eruption.

The Weather Today - May 30th

Forbes: Tenis Star Roger Federer is the Highest-Paid Athlete in the World

Is the damage caused by the lockdown worse than the virus itself?

Dangerous Minneapolis Riots do not Calm Down