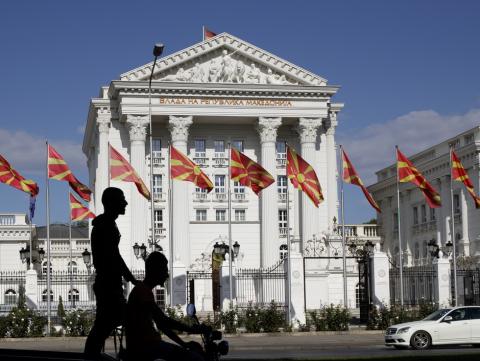 Macedonia hopes negotiations can persuade Hellenic Petroleum to lower the sum of $32 million that the Greek company is demanding in damages before the Court of Arbitration in Paris, government spokesperson Mile Bosnjakovski said on Wednesday.

"The government is launching a process of negotiation aimed at finding a solution which will decrease the potential damage to the Macedonian budget, for something that has been done by a previous government," Bosnjakovski said.

This is the second dispute between the Greek company and the Macedonian government. Macedonia lost the first one in 2007 and had to pay $52 million in damages.

The latest suit is only a continuation of the controversies surrounding the 1999 contract that a former government led by the VMRO DPMNE party under Ljubco Georgievski made with Hellenic Petroleum to buy the country's only oil refinery, OKTA, outside Skopje.

In the much criticized deal, Macedonia agreed to buy 500,000 tons of heating oil annually from OKTA for the next 20 years, which energy experts warned was way more than the country actually needed.

In 2002, a new government led by the Social Democrats scrapped the deal, insisting it was harmful and corrupt. This followed a ruling by the Constitutional Court, which annulled parts of the agreement.

Hellenic Petroleum then sued and won. In 2007, the Paris court ordered Macedonia to pay the company $52 million in damages for failing to meet its contractual responsibilities.

This time, Hellenic Petroleum is demanding damages on the same basis, but for the period after the first lawsuit.

The 20-year contract for purchasing heating oil expires in May.