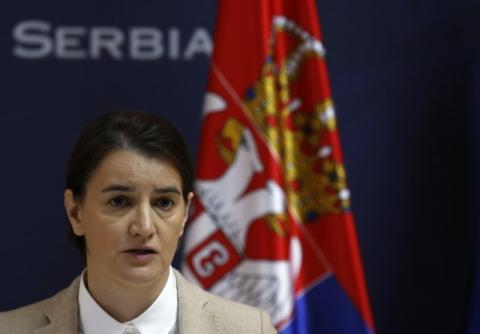 But she also pointed to the pampering approach of the international community and the EU towards Pristina.

In a broadcast on Happy TV, Brnabic underlined that people must understand that a frozen conflict is a frozen instability. We will not be able to use all of our potential and all the healthy basis we have and go as fast as we can if we have a frozen conflict.

She said that the United States asked Serbia to stop lobbying for withdrawals of Kosovo recognitions, which Belgrade openly refused.

As long as they are lobbying for additional recognitions, it is fully fair play that we lobby for countries to withdraw that recognition, Brnabic pointed out.

The prime minister recalled that everyone condemned the measures of Pristina, including the United States, adding that she is now closely watching how will Pristina fulfill its allegations that they will not abolish the additionally imposed tariffs.

She stated that she would like Pristina to be a little more reasonable, which would be good for the citizens of Albanian ethnicity in Kosovo and Metohija, but also for the whole region, but that, unfortunately, she has to talk with Ramush Haradinaj, who had been charged with the most heinous crimes, and was acquitted only because the witnesses were killed.

She pointed out that Serbia is the only country in the region that has gone through fiscal consolidation measures, has a stable economy, budget, its public debt is declining and has a stable currency and a prospect of economic growth.

When asked about the annual...