Dimitrov: 'We have taken ownership of our destiny' 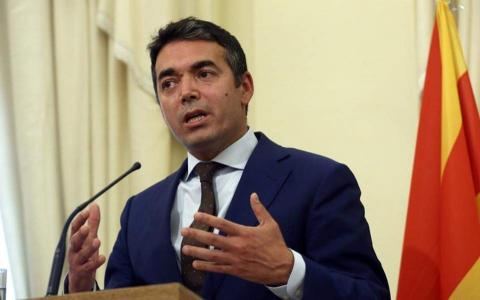 The foreign minister of the Former Yugoslav Republic of Macedonia, Nikola Dimitrov, said the Balkan country was "making history" after lawmakers on Friday ratified a name-change deal signed with Greece in June.

"We have taken ownership of our destiny.  We are making history by opening up our future. We have proven that miracles are possible. We demonstrated that we are European, not only geographically, but also in terms of European values. I am proud to be on the right side of history," Dimitrov said in a tweet.

FYROM's parliament passed an amendment to the constitution to change the country's name to "Republic of North Macedonia." The agreement still needs to be ratified by Greek MPs.

Eighty-one deputies in the 120-seat parliament voted in favor. Representatives of the opposition VMRO-DPMNE, who opposed the agreement with Greece, boycotted the vote.