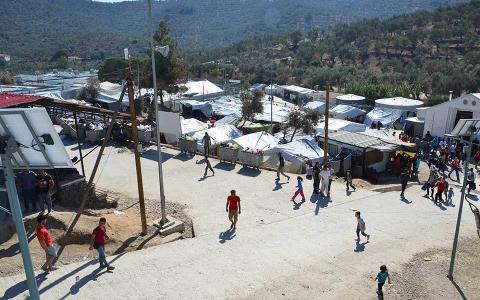 The administration office at the Moria reception and identification centre on the island of Lesvos was evacuated on Friday after staff received a letter deemed suspicious, state-run news agency ANA-MPA reported.

The letter, sent through a private courier company, appeared to have originated from Oman.

The fire service was called in to collect the envelope. No statements have been made by authorities in Moria, the news agency said.

It is the 18th suspicious envelope sent from abroad to different addresses around Greece.

Authorities on Friday were alerted to six letters received by universities in Ioannina, Rethymno, Patra, Corinth and Lamia, as well as the private Mediterranean College in Thessaloniki, after 12 more were collected on Thursday.

They all contained a substance which, according to the results of a state lab examination, is a...