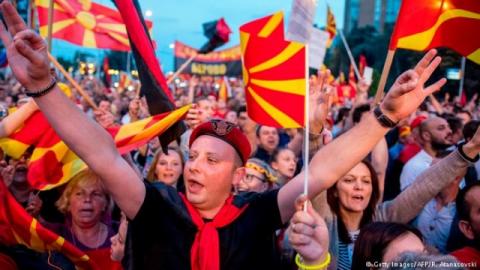 Macedonia's parliament has approved a constitutional amendment to change the country's name to the Republic of North Macedonia, reports BBC News.

Prime Minister Zoran Zaev narrowly secured the two-thirds majority needed in the historic vote amid a boycott by opposition nationalists.

Protesters outside parliament denounced what they called an act of treason.

The name change is aimed at ending a 27-year dispute with Greece, which has its own region called Macedonia.

The Greek parliament must now give its approval under a deal signed by Greek Prime Minister Alexis Tsipras and Mr Zaev in June.

That will lift Athens' veto on Macedonia's bids to join Nato and the European Union.