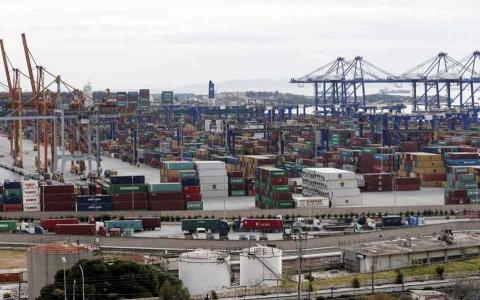 The European Union's Anti-Fraud Office (OLAF) has issued a fine of more than 200 million euros to Greece for failing to stop a wide-scale tax fraud by Chinese criminal gangs importing ultra-cheap goods through the country's largest port of Piraeus, news portal Politico reported on Monday.

"OLAF can confirm that it has concluded an investigation concerning the fraudulent import of undervalued textiles and shoes into Greece in the period 1 January 2015 to 31 May 2018," OLAF was quoted as telling Politico in a statement when asked on the investigation it had conducted.

"Based on its findings, OLAF has issued a financial recommendation to Greek Customs to recover the sum of 202.3 million euros in lost customs duties related to the fraudulently under-declared...