Sergei Stanishev, PES: We will Seek a Broad Centre-left Alliance 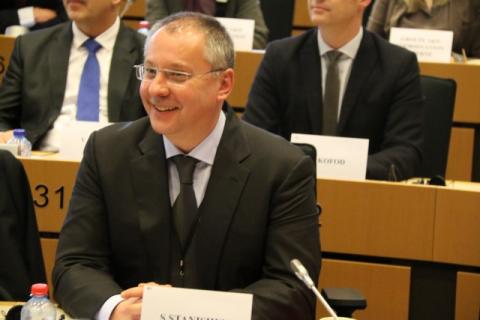 The Party of European Socialists (PES) will seek the formation of a broad centre-left alliance, its leader Sergei Stanishev told a briefing, Focus News Agency reports.

"A serious battle lies ahead. I want to emphasise who our opponents are in Bulgaria and in the EU - the traditional right and the far-right which essentially make a bloc in Bulgaria, Austria and the EP," Stanishev said. "The European elections will be important for our country and the EU," he stressed. "For the EU it is important to achieve political conditions for a change. Each MEP for the left will be a prop for change," the PES leader said. "BSP, in its platform, which is well balanced, has some good ideas, such as the one for a European commissioner for demography," Sergei Stanishev said.