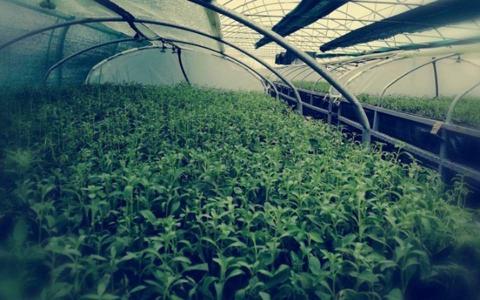 Greece's first processing plant for natural sweeteners made of stevia, a plant native to Brazil and Paraguay, is set to open in the central Greek region of Kardista, the ANA-MPA reported on Thursday.

The initiative for the processing unit was launched by the Stevia Agricultural Cooperative of Karditsa and is designed around a patent developed by the Technical University (TEI) of Thessaly, with funding from Leader SA, a Greek company that specializes in food manufacturing.

Leader contributed 130,000 euros to the project, with the remaining 370,000 coming from the 50 members of the cooperative, its chief Giorgos Koulosousas told the ANA-MPA.

"Stevia is experiencing completely vertical growth in Greece, from cultivation at Greek farms to processing and distribution," said Koulosousas.

Measurements by German experts showed that thanks to the innovative...

Greece says first migrant dies of Covid-19 since the pandemic
LocalElections2020/Nicusor Dan: It's very likely that we got majority in general council, district councils
LocalElections2020/Ciolos: Nicusor Dan didn't see this race as jumping-off point; he has a project for Bucharest