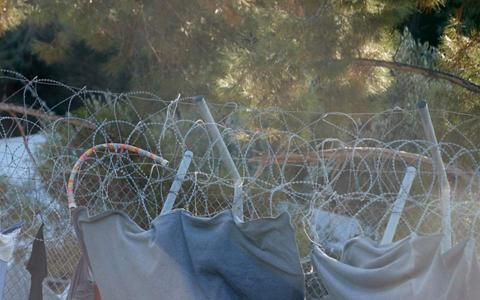 A Hellenic Air Force officer and a British national who were detained on Sunday after allegedly taking photographs of military installations in a restricted area near the Evros border with Turkey will remain in police custody in the town of Orestiada until they appear before an investigative magistrate Wednesday, according to reports Tuesday.

The two men - a 29-year-old serving with the Hellenic Air Force and a 25-year-old employee of a nongovernment organization - were detained in a restricted area near the village of Nea Vyssa while allegedly taking photographs of military installations.

It was not clear if they will face espionage charges.