Bulgaria and Thailand to Work For Deepening Bilateral Relations 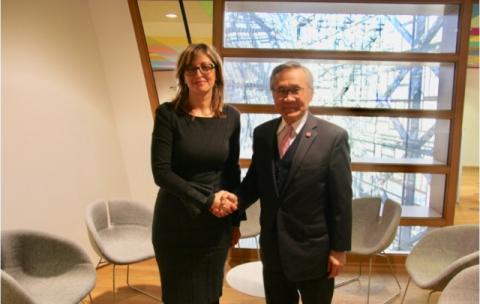 In Brussels, Bulgarian Minister of Foreign Affairs Ekaterina Zaharieva has met with Thai counterpart Don Pramudwinai, reported the Bulgarian National Television. The meeting took place in the framework of the EU-ASEAN ministerial meeting.

Minister Zaharieva pointed out that with its strategic position in the heart of the Balkan Peninsula, Bulgaria was a natural link between Europe and Asia. She added that stepping up political dialogue should provide motivation for businesses in both countries to use the untapped potential for economic cooperation.

Minister Zaharieva pointed out high technology and tourism as some of the areas where bilateral business cooperation was possible. According to Minister Pramudwinai, opening of direct flights between Bulgaria and Thailand would help for strengthening cooperation.