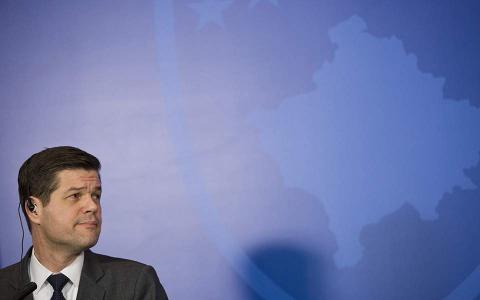 Wess Mitchell, assistant secretary of state for European and Eurasian affairs, will reportedly resign from his position next month, according to the Washington Post.

Mitchell cited personal and professional reasons the resignation letter he submitted to Secretary of State Mike Pompeo, the paper said.

In an interview with Kathimerini in December 2018, Mitchell had described Greece as a "fantastic ally" to the United States in the region and "one of the most military capable."

He had also been vocal on warning Turkey not to obstruct drilling for hydrocarbons in Cyprus's exclusive economic zone (EEZ), noting that Ankara's view on the island-nation's EEZ is "a minority of one versus the rest of the world," as international law stipulates that the island nation can use its resources in an equitable way.

Mitchell had also said that the signing of the...