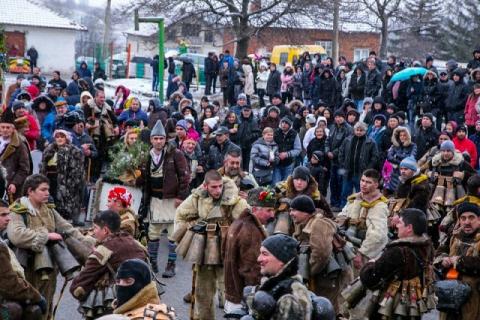 Pernik celebrates the 28th International Festival of Masquerade Games Surva on January 25, 26 and 27. A record number of 7,500 participants from Bulgaria and abroad, including 1,300 children, will take part in this year's edition.

The festival in Pernik is the most prestigious event of traditional masquerade games and customs in Bulgaria and the Balkans. It promotes variations of ancient customs performed by single men and women, part of the Bulgarian folklore tradition. The festival has been held by Pernik Municipality since 1966. In 1985 it gained the status of an international event.

Since 2008, the International Festival of Masquerade Games is held every year on the last Saturday and Sunday of January. Its most attractive feature is the two-day parade of masquerade companies from Bulgaria and abroad.