Dacia is Leader in Sales in Bulgaria for Sixth Consecutive Year 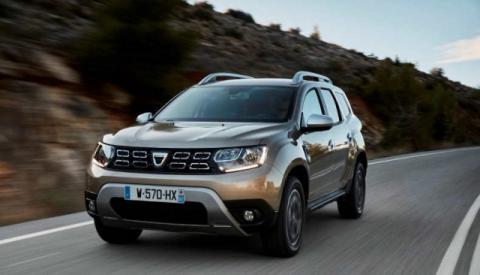 The Romanian brand Dacia retains the leadership of the market for new cars in Bulgaria for sixth consecutive year with sales of 4667 vehicles and a market share of 11.59%. Renault took second place for the fourth consecutive year with 4069 cars sold and 10.11% market share. After successfully launching on the Bulgarian market in 2006, Dacia quickly gained popularity and took the first place in sales of new cars. Renault follows Dacia's success, thanks to the complete upgrading of the product range that started with Renault Clio in 2012.

In February last year, the new Dacia Duster was launched in Bulgaria with completely renovated interior and exterior. Designed by Bulgarian Emmanuel Klisarov, the exterior of the new Duster retains the spirit of its predecessor but adds a feeling for a more powerful and distinctive SUV car, writes auto-press.net. Technological novelties and affordability create additional prerequisites for the record-breaking market performance of the new model. Dacia Duster celebrates its most successful year on the Bulgarian market and since its launch in February it has sold over 1000 cars and has registered a growth of over 15% compared to the previous year.

Renault marks its best result for the past five years, thanks to the continued interest in the best-selling models of the brand, Clio and Captur, as well as the continued success of Renault Master as a flagship of the brand's lightweight range. Numerous solutions to help the Renault PRO + business, including a competitive range of light commercial vehicles and special corporate customer services, are reflected in Renault Master's success. Sales of the 2018...