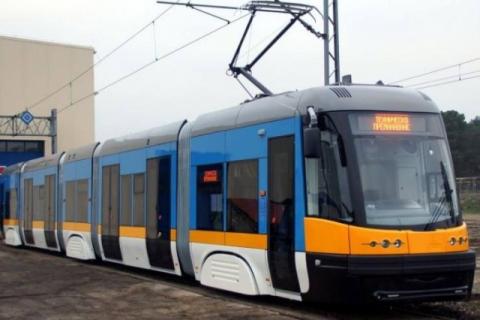 By the end of the year 13 new trams on line №5  will be launch, writes Sofia Mayor Yordanka Fandakova in the social network.

She added that the new trams are air-conditioned, low-floor, with wheelchair ramps for people with disabilities and audible alarm for blind people.

New vehicles are expected to arrive in Sofia by the end of October 2019 and will be put into operation by the end of the year. The contract for delivery was signed today by the municipal company "Stolichny Elektrotransport" and the Polish company PESA. Its value is BGN 44.7 million, the cost of one tram is BGN 3.3 million, and the supply of spare parts, equipment and staff training are also planned.

In the last few years, 25 new trams have been purchased, running on lines No. 1 and No7, as well as 58 modernized trams from the Czech Republic and Switzerland. The new 13 trams from this year are part of the Integrated Metropolitan Public Transport Phase II project, which is funded under the Operational Program Regions for Growth 2014-2020, co-funded by the European Union through the European Regional Development Fund , added also Fandakova.