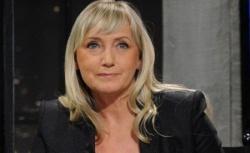 The allegation is for misappropriation of European funds to the amount of 700,000 BGN (about 350 000 Euro) related to the reconstruction of the Largo in central Sofia at the time when Banov was Deputy Minister of Culture (in 2016).

Banov rejected the allegations and said he was a victim of racketeering and there was no misappropriation of money. He described them as a cheap attempt by Yoncheva to compromise him. He said that behind the allegations was a former official who had been sacked from the Culture Ministry.

According to the recording presented by Elena Yoncheva, Boil Banov had put pressure on his subordinates while he was a deputy minister. Documents have been redrafted so that the contractor for the reconstruction of the Largo escaped paying a 700, 000 BGN penalty clause for delays in the work.

Bulgaria's Chief Prosecutor Sotir Tsatsarov has ordered an investigation following the allegations of corruption against the Culture Minister Boil Banov.

The investigation has been assigned to the Special Prosecutor's Office.

The Deputy PM Tomislav Donchev also ordered a full inspection into the project "Largo", which was financed by European funds. Speaking to journalists in Parliament on 30th of January, he said that he expected a response from the Managing Authority of the Regional Development Operational Programme, the auditors and the National Fund Directorate at the Ministry of Finance on whetehr there was misuse of funds related to the conservation and exhibition of the ancient architectural ensemble of "Old Serdica...