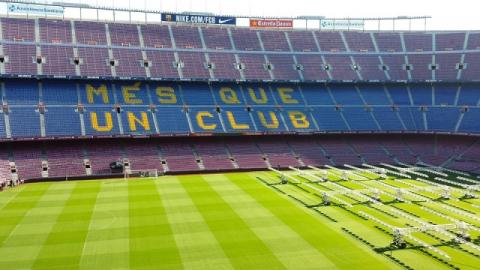 Football is one amongst the most popular sports around the globe with a total of around 3.5 billion fans. The question about which is the biggest football team has been asked many, many times before. This has caused arguments from pubs to radio shows and family dinner tables. Up until now, no one has quite been able to find a suitable unit of measurement.

There are countless popular football clubs on earth. Some continue to be dominant over the years with the likes of FC Barcelona, while some have faded. In Market terms, FC Barcelona has been the most profitable and valuable club. The name itself resonates in every nook and crannies of the globe. Let's take a gander at the most supported football teams and their achievement!

Barcelona is the most successful and lucrative football club in the last 10 years. Having claimed the UCL 4 times in the last decade and with their Guardiola era dominance, their popularity is here to stay. This magical team has absolutely dominated Spanish La Liga winning various back to back league and cup titles. Nowadays, many football enthusiasts agree that they have really demonstrated why they are "Mes que un club" (More than a club).

Domestically, Barcelona has won 2 Copa de la Liga, 3 Copa Eva Duarte, 12 Supercopa de Espana, 29 Copa del Rey and 24 La Liga trophies, as well as being the record holder for four major competitions. This exceptional club is valued at around 3,635 million dollars. Obviously, the most popular face of this football club is Lionel Messi, who is widely considered to be the greatest player of all time! What's more? FC Barcelona has one of the biggest social media following in the world among several other sports teams.

Lampič, Roglič and handball team declared best in sports in 2020