New Discoveries Made by the Bulgarian Scientists on Antarctica 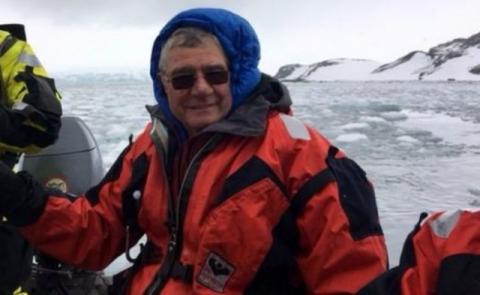 The discoveries made by the Bulgarian scientists on the icy continent - unknown fish, new plant species and microorganisms - are of global importance, Prof. Hristo Pimpirev, director of the Bulgarian Antarctic Institute and head of the 27 Antarctic expedition, told Focus Radio. He specified that the newly-discovered ice fish with transparent blood is unique to the vertebrate species. The microorganisms found in Antarctica are extremely valuable for their enzymes, which are used to make antibiotics, and Bulgarian biologists have made a major contribution to that, Prof. Pimpirev said. "Antarctica is the largest natural science lab in the world and I am happy that we, Bulgarians, together with our peer researchers from over 40 countries in the world, who spend hundreds of millions on science each year, work as equal. Antarctica is home to microorganisms that are unique to this virgin continent with the most extreme conditions of the entire planet," said Prof. Pimpirev.
Five new species of floral plants that lived on the icy continent 90 million years ago have been discovered, the professor said, pointing out that such discoveries are of worldwide significance.
After the biologists finished their work by the end of 2018, in January and February Bulgarian geologists are working in the Bulgarian base to study the increasing ice-free areas, he said.