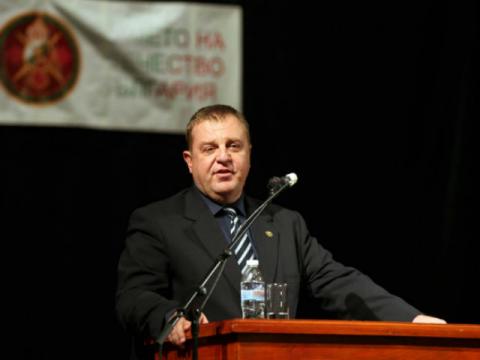 Among the proposals contained in the "Concept for the Integration of the Unsocialised Gypsy (Roma) Ethnicity" are to stop welfare payments if Roma refuse to work or send their children to school, or if they "demonstrate an expensive lifestyle incongruous with their socially disadvantaged status".

Karakachanov goes on to propose compulsory kindergarten classes for every child above the age of four and compulsory graduation from secondary school - which is already compulsory in Bulgaria.

Other measures include eliminating "lone mother" status for Roma women and providing free abortions to Roma mothers with more than three children.

VMRO's plan calls further for the destruction of unauthorised Roma houses and the total elimination of so-called ghettos by local authorities, while providing Roma with the opportunity to buy the land on which they live.

Lastly, the measures include a crackdown on so-called "Roma crime" in ghettos, with a specific focus on "ring leaders, phone scammers, prostitutes and beggars".

The propositions have alarmed human rights organisations, which are also a target of VMRO's criticism, for allegedly "swallowing hundreds of millions of levs" in integration funds and "making matters worse".

Dimitar Dimitrov, head of the Roma integration project at the Open Society Bulgaria Foundation, told BIRN: "My first impression is that the concept can't be taken seriously.

"Karakachanov, or whoever wrote it, is perhaps not aware of the law, but all the restrictions on social...