Key fire service official is demoted as probe drags on 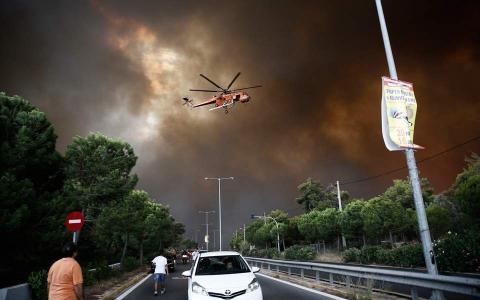 As an investigation into the causes of the catastrophic wildfires that killed 100 people last July drags on, it emerged on Wednesday that the head of the Hellenic Fire Service's arson department has been demoted over mistakes allegedly made under his watch.

Christos Kalogeropoulos was removed from his post as chief of the service's arson unit to head the capital's Second Fire Station near Metaxourgeio.

His unit was charged with investigating the causes of the July 23 blaze in eastern Attica and also oversaw the identification of the victims.

Sources attributed Kalogeropoulos's demotion to reports saying that one of two fire service officials who compiled a fire service report into the tragedy had not been on the scene at the time, as had been claimed, but on the Ionian island of Cephalonia.

Prosecutors are probing the reports to determine whether any...