Deputy PM: If Macedonia Wants to be a Full Member of NATO and the EU, it Should Abide by its Commitments to Bulgaria and Greece 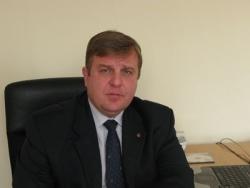 If Macedonia wants to be a full member of NATO and the EU, it should abide by the commitments it has made to Bulgaria and Greece, Deputy Prime Minister and Minister of Defence Krasimir Karakachanov told Focus Radio. He added that the friendship treaty with Bulgaria and, respectively, the one with Greece include the renouncement of territorial claims and the renouncement of falsification of Bulgarian history. Karakachanov added that only when the real history of Macedonia was to replace the 70-year falsification in school books, he would be convinced that things were going in the right direction. "Macedonia is hurrying to NATO because, like many Bulgarian politicians 20 years ago, they naively believe that joining NATO would nearly automatically solve all their problems. The membership in NATO is an opportunity to solve one's problems, but without one's participation and willingness no one else could solve them - neither Brussels nor the NATO secretary general, nor any other member state, including Bulgaria," said Karakachanov. He further said that if Bulgaria and Greece were not sure about Skopje's commitments, Macedonia's membership in NATO and the EU would hardly become a reality.