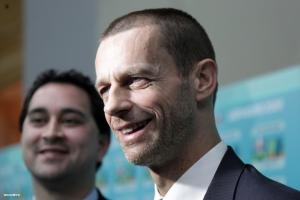 The 51-year-old has led the Union of European Football Associations (UEFA) since September 2016, when following corruption scandals, it was looking for a clean slate to regain its reputation.

While relatively unknown in football circles when bidding for the office in 2016, Čeferin has grown to be a respected football official.

Pundits says he has managed to steer among different interests during his first term, which has earned him the reputation of a good leader.

In his address to the congress, Čeferin outlined the achievements from the past two and a half years and pointed to major challenges ahead.

Looking back, he said "a crisis often brings an opportunity for new successes", stressing UEFA was united again and financially more successful than any time before.

UEFA's revenue will reach a record 5.7 billion euro in the coming financial year,...